As the latest adaptation of Dracula came to a climax, the story of Whitby’s connection connection to the famous Count was resurrected once more. When Bram Stoker visited Whitby in 1890, little did he know that inspirations would strike, and that he would be inspired to wrote one of the most famous books ever written. However, Stoker wasn’t the only author to be inspired by our beautiful town…

A young mathematician named Charles Lutwidge Dodgson visited in 1854. At the time he was a student at Oxford university. His name may not be familiar to you, but perhaps his pen name is; he wrote under the name Lewis Carroll. Yes, the famous story of Alice, the White Rabbit and the Queen of Hearts was part written here in Whitby during his many visits.

Whitby was also a favourite spot for Charles Dickens, and his friends, and is mentioned in his private letters.

There are many more links to Whitby in literature through to the modern day, including books by Andy Seed and many, many more.

Frances Brody’s Kate Shackleton series set following  are based around the central character.  In the book “Death at the Seaside” (the 8th in the series), Kate holidays in Whitby and is soon investigating a new case.

Many authors have been born or reside in, or near, our beautiful little town such as GP Taylor.

Jenny Hesketh, author of The House on Baxtergate & The Farm on the Moors, often opens her beautiful 18th century house which inspired her novel, to the public during heritage weekends.

Alastair Lavers’ “The Whitborough Novels” had their collective name inspired by the names Whitby & Scarborough, and delve into the gothic culture of Whitby.

To find out more about Whitby’s literary links and history, why not join us on our Whitby Literary Walk. Find out more here.

Thanks for reading! We hope you enjoyed our blog and we look forward to welcoming you to our cafe 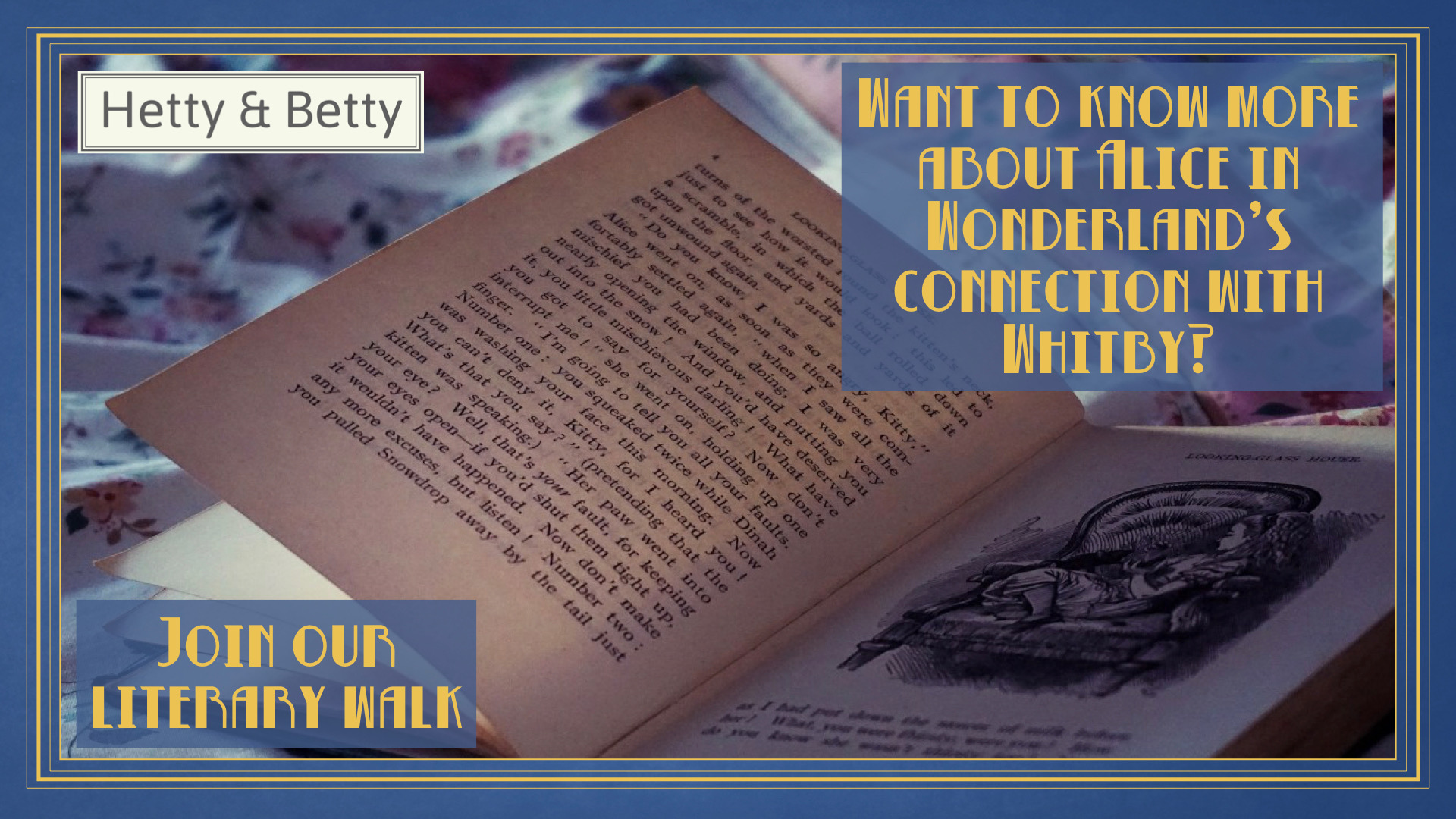