Ian Dury in his leathery tones once sang “Sex Drugs and Rock n’ Roll”, but for me it is Blood, Cobbles and Seaspray. The blood in the veins, the cobbles my heels click along and the seaspray by the tall ships in Whitby Harbour.

On Saturday the 7th of March I am performing at Hetty and Betty. Throw a black cloak in any direction and it will fall upon the ghosts of Bram Stoker’s footsteps on the Victorian streets of old Whitby.

Some see mindreading, psychics and others with strange talents as simply entertainment.  My presentation is for entertainment, most true, but it prises open a door.  I want you to be entertained by the strange and arcane. I want you to question the meaning of reality, myth and the tales of darkly fertile imaginations such as that of Bram Stoker and his sharp toothed creation, Dracula.

Last night I performed for the very first time my new version of Russian Roulette  with five loaded Beretta handguns. It headlined a cabaret in the Lake District. I have done such an act around twenty times before, however this one was different. I was using my mind-power not artifice. I did this because we all have to evolve in our mystery. A fellow performer made the sign of the cross in front of me, such is our instant instinctive recall of Dracula memory from page and screen. Switching to a Yiddish accent I told him “Wrong type of Vampire”.

Have you ever wanted to go back in time to see historical Witchcraft relics work, how the ancient fortune-tellers plied their trade, what a Golem or Hand of Glory looked like, what happened on the stages of Belle Époque Paris and Weimar era Berlin or in the dark candlelit parlours of the Victorian Spiritualists? Then this is your chance… 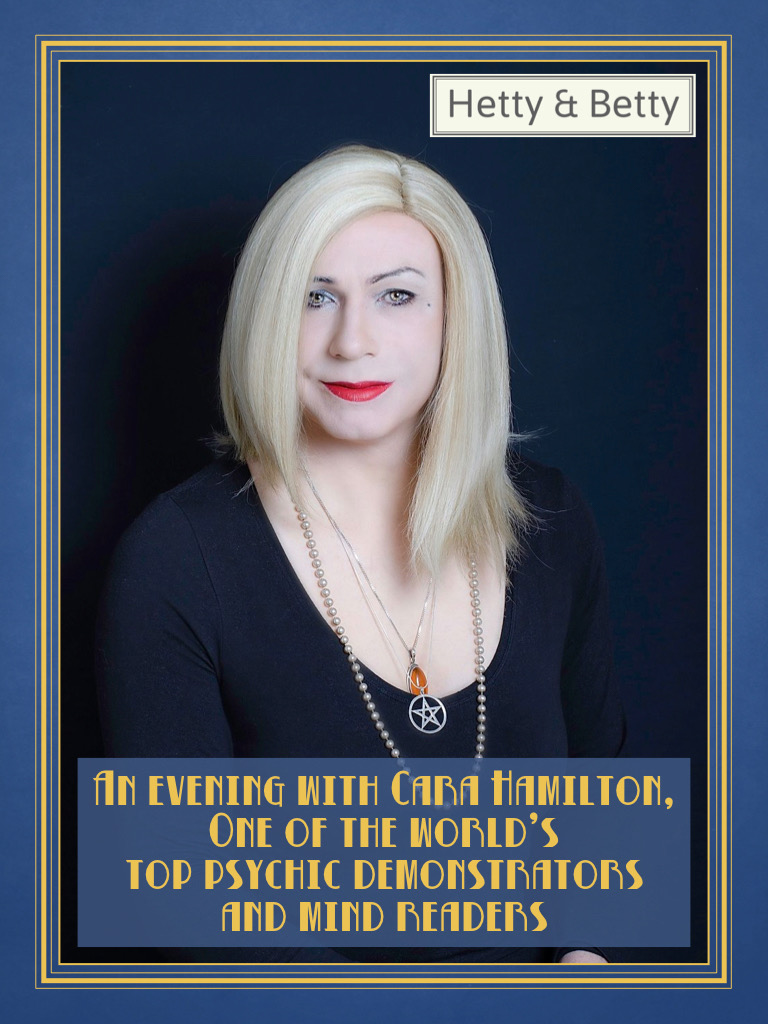 Join us for a fabulous evening with one of the world’s top psychic demonstrators and mind readers.

Cara is an expert in her field with over 20 years experience as a Mindreader, Psychic, Victorian Seance Presenter, Newspaper Astrologer and expert on Witchcraft, Occult and Psychic matters.

With a wide array of skills, Cara takes her audience on a journey. With talks on a spiritualism, with demonstrations, followed by tarot readings it’s an evening not to be missed!

An evening of intrigue and mystery awaits you!
£15 per person – BOOKING ESSENTIAL

For more about Cara visit https://www.carahamilton.co.uk